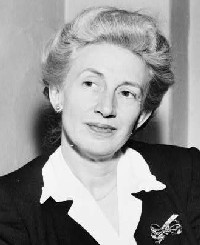 Lillian Smith (1897 – 1966) was a remarkable Southern white author, educator and activist who spoke out all her life against injustices, in particular the impact of segregation on blacks and whites in the 20th century South. In her seminal work, Killers of the Dream, she draws on memories of her own childhood to describe the psychological and moral costs of the powerful, contradictory rules about sin, sex and segregation—what she calls intricate systems of taboos that still undergird US society.

Early in her career, she acknowledged racism and its rituals of segregation as a “symptom of grave illness.” She found connections and similarities between racial and sexual oppression. She recognized that the “passionless white woman on a pedestal and the black woman with a child by the white man” exemplified related and attendant evils of white supremacy.

She explains that “We were as involved with it [segregation] as a child who cannot be happy at home and cannot bear to tear himself away, or as a grownup who has fallen in love with his own disease. We southerners had identified with a long sorrowful past on such deep levels of love and hate and guilt that we did not know how to break old bonds without pulling our lives down.”

Smith wrote passionately about the compromises African Americans had to make when in relationship with white children. She explores the paradoxes of those connections. For example, these caretakers were often the only affectionate person in a child’s life and the bonds continued into adulthood. She writes:

I knew that my old nurse had cared for me through long months of illness, who had given me refuge when a little sister took my place as the baby of the family. She soothed and fed me. Delighted me with her stories and games. Let me fall asleep on her deep warm breast, [but] was not worthy of the passionate love I felt for her but must be given instead a half-smiled-at affection similar to that which one feels for one’s dog. I knew but I never believed it, that the deep respect I felt for her, the tender love, was a childish thing which every normal child outgrows, that such love begins with one’s toys and is discarded with them, and that somehow—though it seemed impossible to my agonized heart—I, too, must outgrow these feelings. I learned to cheapen [the relationship]…with tears and sentimental talk of “my old mammy” one of the profound relationships of my life. I learned the bitterest thing a child can learn: that the human relations I valued most were held cheap by the world I lived in.

Smith was trained as a sociologist, but she is not always on mark with her observations. Her writing sometimes veers away into drama, righteousness, delusion and misperception. And ironically, Smith creates her own particular “mammy” stereotype—the sainted mammy—in Killers of the Dream. There is much lacking in Smith’s exposition. In addition to her own mammy mythology, Smith does not explore the lives of black women who were not caretakers; but her willingness to examine difficult emotionally-charged psychological terrain was remarkable for her day.

Still, many of her statements make me very uncomfortable. Some of her theories are not supported by current research and understanding. Here is an example of some of her writing that disquiets me.

In the old days, a white child who had loved his colored nurse, his “mammy,” with that passionate devotion which only small children feel, who had grown used to dark velvety skin, warm deep breasts, rich soothing voice and the ease of personality [this statement makes me a little uncomfortable] whose religion was centered in heaven not hell, we had felt when the mind is tender to the touch of a spirit almost free of sex anxiety, found it natural to seek in adolescence and as an adult a return of this profoundly pleasing experience. His [a white male] memory was full of echoes…he could not rid himself of them. And he followed these echoes to back-yard cabins, to colored town, hoping to find there the substance of shadowy memories. Sometimes he found what he sought and formed a tender, passionate, deeply satisfying relation which he was often faithful to, despite cultural barriers. [This makes me really uncomfortable! Smith fails to mention rape as the primary outcome of this “relationship.”] But always it was a relationship with honor in his own mind [this seems contradictory to her own thesis] and region, and the source of profound anxiety which seeped through his personality. Yet the old longing persisted, the old desire for something he could not find in his white life.

Smith argues, as I do in Just Like Family, that these “memories full of echoes” are significant to the development and understanding of US culture—that we are who we are because of each other. The many deep and hidden facets of personal experience associated with old intimate contacts still thrive unexplored in US society today. Smith writes

I stifled, sometimes forced into the unconscious, though betrayed ingenuously by the bathos of the “my old mammy,” this tender and tragic relationship of childhood—the white child and his colored nurse—has powerfully influenced the character of many southerners of the dominant class. The class is small, numerically, but out of it have come politicians, newspaper editors and journalists, college professors and presidents, doctor, preachers, industrialists, bankers, writers, governors and their wives, and in our national government many of the prominent officials who are today determining the future of the world. It therefore seems important for us to understand this primal experience which so many leaders in world affairs and creators of American opinion have undergone in childhood.

It is important that we understand this primal experience and not just as it impacted the elite members of the dominant class who hired black maid and caretakers but how our day-to-day encounters, interactions and behaviors influence all of us on many different levels. How do we talk about these uncomfortable subjects? How do we get past our stereotypes and animosities to celebrate the African American woman’s influence on US culture?

You are currently reading Lillian Smith—Mid-century (20th) Views Of Segregation from a Southern Rebel at JUST LIKE FAMILY.